HomeServe PLC made the strategic decision to pick Aspect House in Nottingham to establish their most recent 25,000 sq. ft. call centre operating 24 hrs a day 7 days a week, incorporating a new training centre employing approximately 180 staff classing this facility as their centre of excellence.

We were initially awarded the ‘CAT B’ fit-out contract for the call centre in suites 3 and 4 which are located on the first floor of the building, including design and build elements.

The demolition works in suites 3 and 4 consisted of stripping out the following; air conditioning, ductwork and all internal plasterboard and glazed partitions and the associated ceilings back to the bare shell to facilitate the new design.

The project involved a complete new M&E infrastructure, which included, a new incoming electrical supply and sub mains. The building was backed up by a 200 amp UPS system with a new skid mounted generator. Installation of Mitsubishi air conditioning provided comfort cooling and heating, CAT 6 data, low energy lighting throughout to meet the needs of the call centre. Alterations were made to the existing fire alarm system that serviced the other occupants of the building.

Our in-house installation teams built 765 linear metre of solid plasterboard partitions, interspersed with ‘Komfort’ glazed screens to suites to create new meeting and conference rooms including movable acoustic partitions with a Db rating of Rw53. All partitions were further enhanced either fire related or acoustically by the introductions of fire barriers or acoustic battens above the ceilings and below the raised access floor. In addition, a number of the raised access floor tiles were replaced and floor boxes repositioned to accommodate the furniture layouts.

All ceilings were reinstated, along with specialist ‘Autex Quit Space 3D’ acoustic ceiling tiles to reduce noise transfer, these tiles were produced in New Zealand and were specially made to order, these covered approximately one fifth of the total ceiling area.

Floor finishes consisted of a mixture of ‘Tarkett ID’ inspiration loose-lay vinyl timber effect planks and ‘Milliken’ carpet tiles which were laid in a striking red and black design to reflect the HomeServe corporate image.

As part of the property owner’s requirements a new fire strategy was developed to accommodate the increased numbers of staff, this included builders work to increase external fire escape doorways and creating new fire compartmentation in communal lobbies. Other builders works included the alterations to an existing outbuilding to facilitate the installation of the new generator and subsequent making good.

The existing toilets that serviced suites 3 and 4 were completely stripped out and then refurbished with all new cubicles, urinals, associated sanitary ware and new IPS back panels. We manufactured a four metre long ‘Corian trough’ to act as a very large wash hand basin. The toilets were then tiled and decorated throughout. New shower areas were created within the new toilet block and a separate EA compliant cubicle was installed in both the men’s and ladies.

Finally, all surfaces were prepared to accept either digital images or emulsion, woodwork was painted and existing core doors were stained and polished to match the new doors using our own in-house time served decorators.

Due to our success in fitting-out suites 3 and 4 the client and professional team decided to negotiate the contract for the training centre on the ground floor.

One third of the training centre area comprised a staff restaurant. We removed the ceilings and the slab was left exposed and painted out, feature pendants were then installed along with acoustic tiles. The area was divided from the remainder of the building by a curved partition feature which housed semi-circular banquette seating along with additional perimeter banquette seating. The kitchen area was bespoke joinery and Corian, which housed a games and television area for the staff.

Within the training area we created a number of cellular offices to act as training rooms including bespoke training joinery and storage units, however the majority of the space consisted of open training bays, 1800 mm high to allow communication flow between them.

Within the bays themselves, there are a myriad of domestic appliances in various states of repair, so that they can train their technicians how to successfully repair these and ancillary units.

New gas, hot and cold water supplies and a complete new ventilation system were designed and installed, additionally class 1 and precast class 2 chimneys were built so they could perform smoke bomb testing.

Within the training area we also built a new studio apartment, including airing cupboards, kitchen units for role-playing, so that the trainers could assess the whole customer service experience and train their staff accordingly.

We finally decorated all areas including feature walls and woodwork to the clients exacting requirements.

The male and female toilets within the training facility were stripped out and refurbished to the same specification as suites 3 and 4.

“I was asked to provide a reference for Murray & Willis regarding the recently completed ‘Cat. B’ office/call centre & combined training facility within Aspect House in Nottingham to which I have no hesitation.

Their management and in-house site team were committed to achieving the fast track fit-out within the challenging 14-week programme whilst incorporating client requirements and maintaining attention to detail.

The team at RLF were delighted with the quality of the workmanship and the attitude of the Murray & Willis team. We look forward to working with Murray & Willis again in the very near future.” 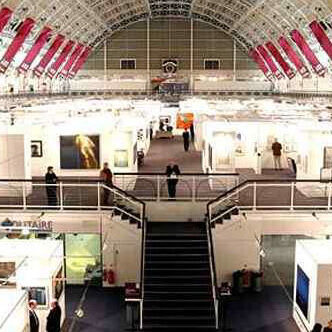 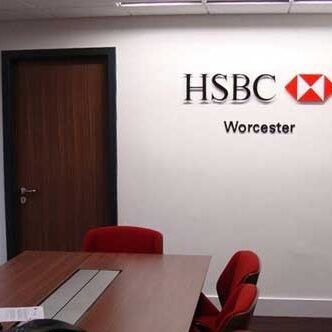 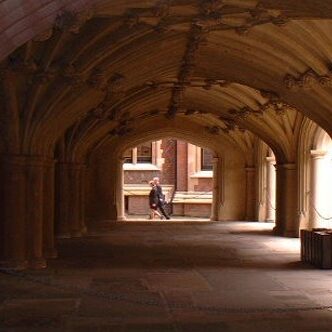 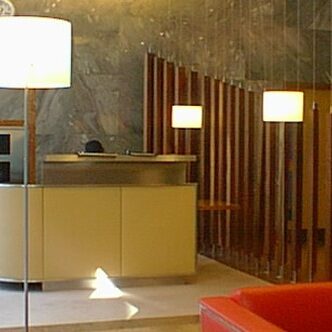 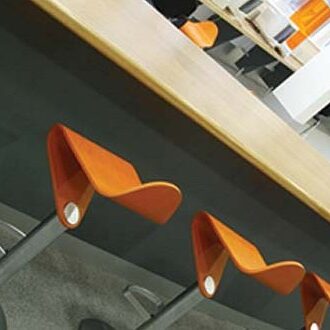 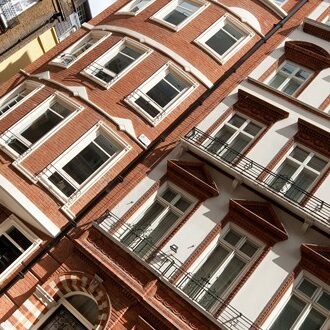 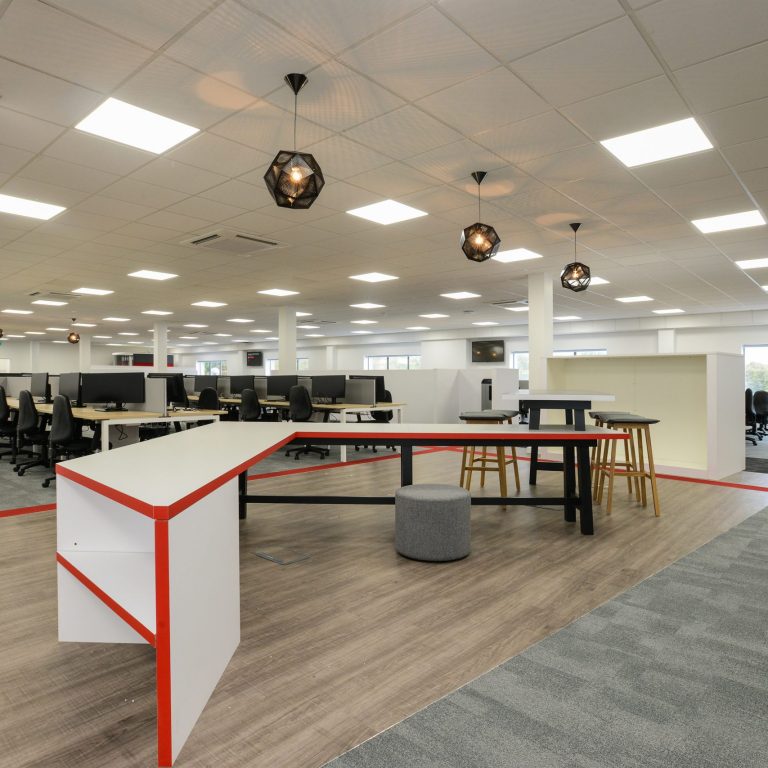